Written In The Stars: The Ancient Practice That Could Be The Key To Unlocking Lasting Relationships

Otherness sits down with dating, sex and relationships astrologer Lucy Porter, aka Priestess In The City, to talk about how our birthcharts could hold the information that helps us avoid heartache. 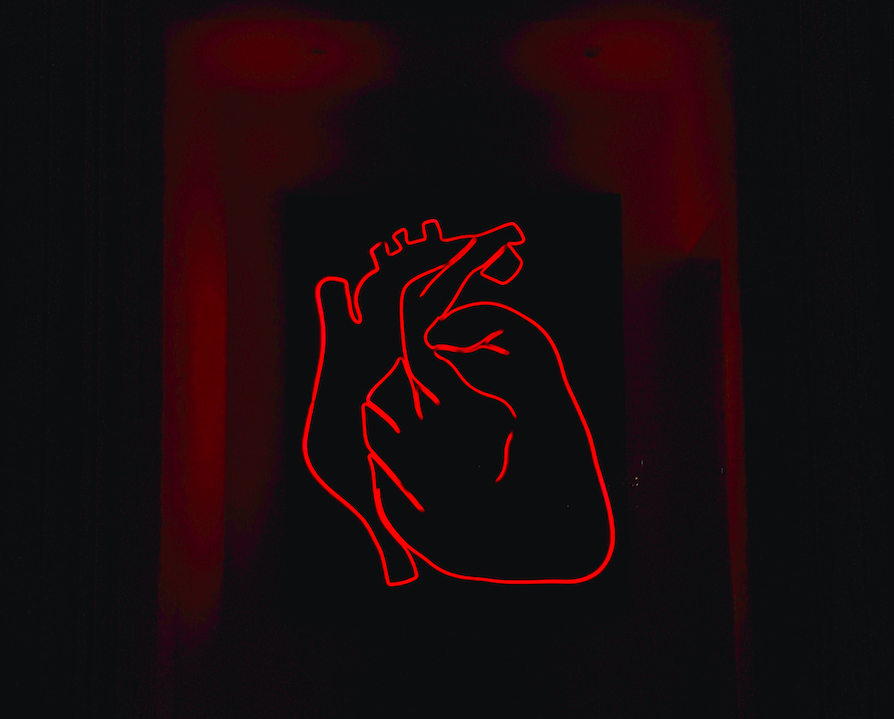 There was a time when astrology was a simple matter of reading generic horoscopes announced by Mystic Meg (remember her?), read with an air of dubious skepticism; ‘how on earth can everyone with the same birthday experience that exact same thing on the exact same day?’. But these days,thanks to the rising popularity of the modern mystic, we have access to a plethora of knowledgeable and vicarious star gazers.

Lucy Porter is one of these. ‘Bringing mysticism to the city’ is the tagline in her bio and it is this balance between the spiritual and the mundane, the desire to bring fun to spirituality, that adds to her appeal. Having grown up in a household where otherness was a second language - her mother into astrology and her father into the Tarot - it was a no-brainer that Porter would follow suit.

When she was 19, Porter upped and left the UK and hitchhiked around the Americas for five years.

“I was like ‘f*ck this I’m leaving’,” she recalls “and just slept in a tent in random places.”

It was during this trip that Porter began doing readings as a way to make some money whilst travelling. She would read the Tarot as well as people’s astrological charts. When she arrived back in London at the age of 23, she realised that she wanted to make a go of doing these readings and set about growing a clientbase. These days, Porter’s greatest passion lies within the realms of astrology and relationships.

“Often, almost all the time, we choose relationships based on some unhealed inner child belief system, or something that feels familiar. If we are not careful we can end up in relationships that are just repetitive cycles of our pain and our trauma. We never have a perspective to see what actually is the most empowered version of ourselves.”

And it’s astrology, or more specifically, our birthchart, that holds the key to unlocking this empowered version of ourselves. Porter’s enthusiasm exudes from her as she explains how learning our birthcharts can assist us in finding the right partner. “Before I really started to get into the astrology of lovers, all of the guys that I fancied, all the guys that I would date or sleep with, were just reminders of this unhealed, inner child thing. When I started to step into my power and understand the capacity of my birth chart, I started to choose very different partners and they’ve lasted and been empowering.”

So what is a birth chart?

Well, to put it very simply, it’s the chart that shows you where all the planets were sitting, and in what constellations, at the very time you were born.

It’s easy to access these days with lots of websites giving us the ability to create free charts. You do need to know the time and location of where you were born to produce an accurate chart. If you’ve ever done one yourself, you’ll know how complex it looks with all those lines and symbols scattered across it. They are best interpreted by an expert in the field of astrology.

When it comes to dating and relationships there are two types of charts that Porter can help with - a synastry chart and a composite chart. “We each have a natal chart, which is the blueprint of our soul,” Porter explains. “When you take two of these charts, yours and your partner’s, and lay them over each other you get a synastry chart.” It’s this chart that can tell you whether the stars are really aligned in your relationship or whether the cosmos might create chaos instead of harmony. With a composite chart, which are more suited to longer term relationships than for people who have just started dating, you’re creating a whole new chart - “It’s almost like a third person. You can see the nature of the relationship almost as an identity, which is really wild”. It’s something you could have done, for example, if you’ve been together for a number of years and are unsure of your next steps. Says Porter: “It quite crudely shows you where your souls will thrive together and where it’s not going to work. For example, children, marriage, relocating.”

Curious, we ask if any of these readings have led to breakups.

‍“Lots. I’ve had couples split up, but it was already going that way for them. There’s maybe been someone, say, who’s run out on their husband calling me up from their car wondering if it was the right thing to do. Sometimes someone comes and wants to know if the person they’ve just met is their soulmate, and you look at their chart and they’re actually soulmates, so just get married, don’t waste any time!”

If someone wants to weave astrology into their lives in a practical way, Porter’s advice is to find out what your sun, moon and rising signs are and where Mars and Venus sit in your chart. As well as learning what the full and new moons are each month and paying attention to where they fall in your birthchart, which is “a great way to work with the cycles”.

To bring astrology to the mainstream. “I want a TV show!,” she exclaims, the enthusiasm emanating from her. “Everyone loves dating shows, so why not look at it through a new lens? Remember Streetmate with Davina McCall? It’ll be like that but with astrology.”

‍This doesn’t seem out of the realms of possibility as Porter already co-hosts the podcast Hitched on the Astral which ‘explores matchmaking through the lens of natal astrology’.

During the first season they successfully matched six couples.

As well as this, she’s currently filming a documentary, due for release next year.

She was contacted by a production company back in March, wanting to make a documentary about the rise of the divine feminine and what that means. Porter’s been filming for the past six months. “We filmed scenes in the woods,” she tells us coyly, “where a load of women came together to scream and bang our drums. Then me walking down Dalston High Street buying incense.” The finished article shines a light on this juxtaposition between being spiritual and living day to day in a big city.

“It’s part reality and part theatrical. So you’ll see me walking through some old caves, holding a stone and then it switches to me eating a sandwich on the train. Kind of like a Carrie Bradshaw but with sage not Manolo Blahniks,” she laughs.

“I want to make spirituality fun and juicy and relatable. It doesn’t have to be a lonely thing, which I think a lot of us who started this spiritual journey were like ‘god I feel so ALONE’. I wanna wear snakeskin boots from Dalston high street and give astro advice outside Pret. That’s what we really need,” Porter muses.

As well as being fully versed in astrology and Tarot, she has trained in shamanism, is training in tantra and is also a fully initiated High Priestess of Magdalene. It was the high priestess training that she credits with awakening and activating her divine feminine that enabled her to “step into her true nature”.

Why does Porter think we as women today find it so hard to step into our divine feminine and trust ourselves?

She laughs; “Thousands of years of conditioning that we shouldn’t. I think it’s pretty fucking radical for a woman to trust themselves because she has to go against everything that she has been taught and been told to do.” She feels that capitalism plays a role in this with the constant bombardment of products to improve ourselves, making us feel that we need to buy our way to feeling worthy and feminine. “Hollywood also plays a big part, as it makes women think they need to be saved or that a certain guy’s gonna come and swoop us off our feet.”

These romanticised ideals, coupled with being persistently told we are not enough by companies that want us to buy their products, can make women feel unworthy – and this can lead them to shy away from sharing their gifts with the world.

“I see so many women going on dates and they’re afraid to ask the person’s birth time because they’re scared to seem like a witch. They’re scared to say that they’re into crystals or meditation for fear of not being accepted or not being loved.”

Through astrology, Porter truly believes that we can empower ourselves and our relationships. She believes that it’s of utmost importance for women to reclaim their spiritual gifts and reclaim their intuition, stating that astrology is a big part of this. This can happen by making practices such as astrology more relatable.

Porter concludes: “We really need to make spirituality less spiritual and way more fun and accessible to everyone.”

Our Ask The Guides series is a weekly dose of support. We put your questions to them, whereby they can offer up their own insights to help you with whatever challenges you are facing.

Crystals
How To Create A Crystal Ritual

Here we share an excerpt from The Crystal Apothecary by Gemma Petherbridge.