Welcome To The World Of Medicine Music

We speak with Anna Bariyani singer and writer of the band Curawaka. 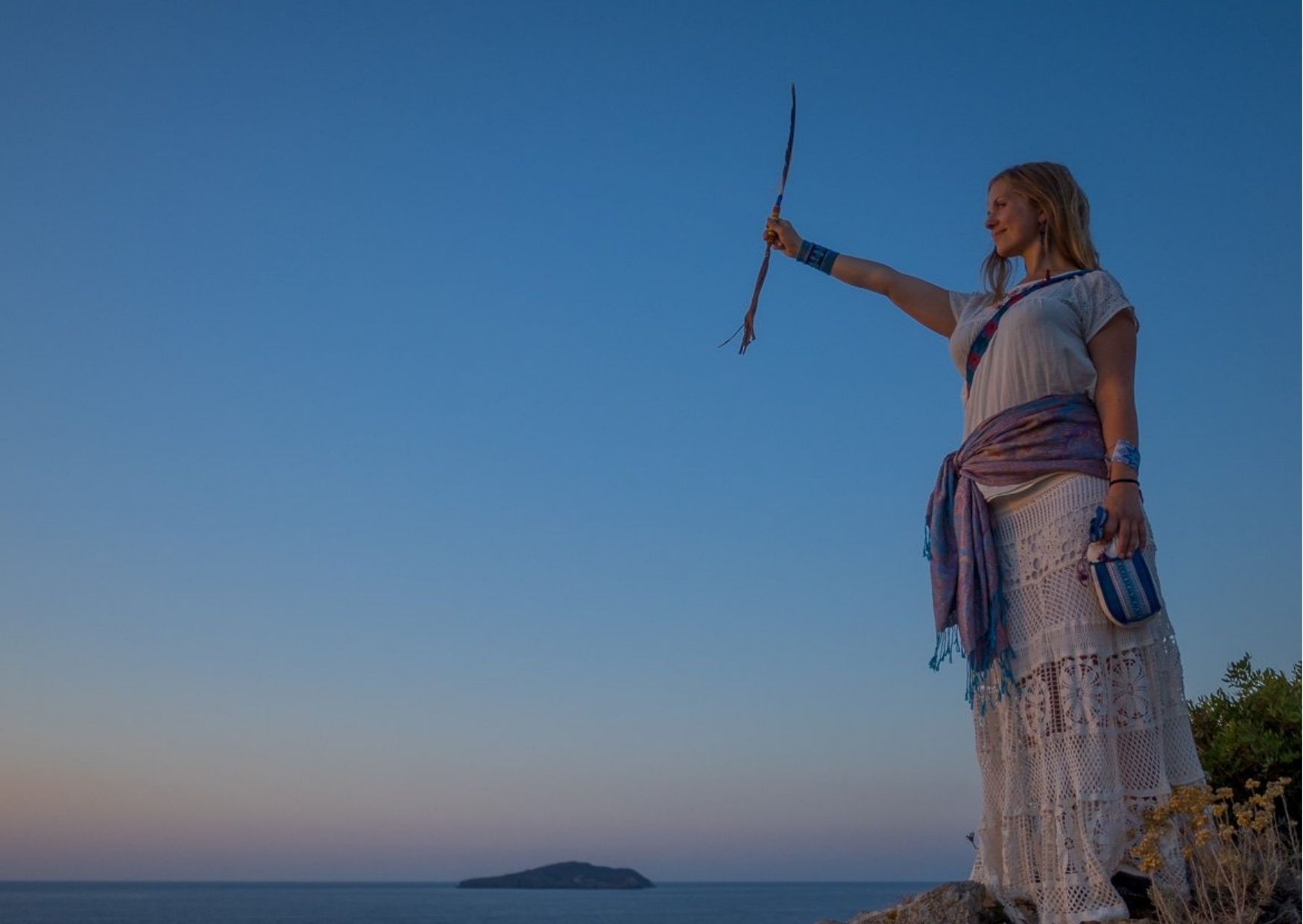 ‍“Our music is an ode to the wild spirit, a tribute to Mother Earth and a love letter to life itself. We are deeply inspired by native traditions and have been blessed to learn with and from various indigenous peoples around the world.” Anna Bariyani

Birthed in Brazil in 2013, Curawaka is made up of Anna Bariyani, Tavo Vazquez, Alberto Arroyo, Gabriel Aisenman and Txai Fernando. They sing songs learnt from their indigenous lineage; spanning the world from Norway to Argentina. We were lucky enough to have some time with Anna, to find out more about her journey, how medicine music differs depending on its place of creation and how you can get involved.

Hi Anna! Thank you for taking the time to speak with us. When did you first discover medicine music?

In the first year I started to drink medicine. Getting to know different traditions, and hearing songs being sung in the night during very tender moments in my own soul's journey. It was during these experiences that these songs engraved themselves deeply in my being, and hearing them again out of ceremony is also kind of magical. Because they open the salient memory to that tender moment of healing and divination.

My whole body and soul would respond to the songs; make my heart shiver and bring so much light and joy. It was like finding the soundtrack of my soul journeys, giving the opportunity to bring that energy into any part of my life, and offering guidance and support in integrating the teachings and healing from those altered states of consciousness into a more earthly and grounded comprehension and appreciation of it all.

When did you realise that your voice could be used as a healing modality?

The first time I entered an ayahuasca ceremony 11 years ago. The first time I drank yagé I went into trance for large parts of the night, singing with my rattle. My spirit knew exactly what it was doing. Even though I have been singing all my life, it was during this time I first realized my voice was a vessel for healing. I ́m a student of singing with the plants since then.

How did you meet the rest of the band and why did you all start Curawaka?

I met the first lineup of musicians in Brazil in 2014. For years I had felt that channel of my spirit wanting to be secured and grounded within the music somehow, and in that time with those two people, it grew flesh. Bola Cosmic and Ari Kuschnir were my first comrades in medicine sound, and it was a beautiful time. We were travelling all over Brazil, living in the favela Cantagalo in Rio de Janeiro for some time, and attending as many ceremonies as we could.

In addition to playing in the ceremonies, we played around in markets, restaurants, on the beaches and in the street, we wanted to share the frequency of what we have experienced in these ceremonies. We felt we had a mission to share these experiences of ceremony, with people who hadn’t had the chance to learn from these plant teachers in that way. We also spent time in the jungle with the Huni Kuins and Yawanawa, who taught me further how to sing with the force of medicine.

Later on, the Curawaka constellation sort of dissolved, and transformed into a more mature project when I met Tavo Vazquez in Argentina. He became the fundamental piece that would forge the sound of Curawaka as it is today, with his flutes and charango. Since then, Curawaka has organically grown to become what it is today.

The year after I met Alberto Arroyo (who became the band's guitarist and bass player) and we recorded our first album.

Do you think that medicine music is universal or should it honour the lands that it is sung on?

Yes, I think it is universal. However, most songs have ties that we may know of. Many medicine songs are from certain ancestral traditions. Certain songs are very connected to certain places, temples or mountains or rivers of other places of power, and have a relation with the spirits of that land or place.

Some songs are especially tied to certain dates or rites of passage or other specific parts of a ritual or celebration. I believe it is wise to honour the origin of the song, always, in whatever way your heart moves you to.

Curawaka is a lineup of mixed heritage, how is Nordic medicine music different to Latin American?

The universalness of medicine music is the sacredness of nature, the relation to the land, to its spirits, to the waters, the rain, the crops, the animals, the sun, and the seasons; the roots of each heritage is different and so the inspiration comes out in different ways.

The lands of Latin America are different from the Scandinavian, hence so are the traditions and customs. How we do it is different, but we revere nature and its wise ways with sound, song, music and stories no matter the nature we find ourselves in

Tell us more about your work with indigenous communities and the water project with the Yawanawa tribe in Brazil.

The Yawanawa people have been a great influence on Curawaka and the time I’ve spent with them has been deeply important and transformative for me. The things that happened in their village have blessed my life forever and so I wanted to give something back, then the chief told me of their water problems. It became clear they couldn’t drink from the rivers like they used to even a few years ago, yet their connection with the water is so significant. It is striking how fast civilization is coming to their shores, even though they are so deep in the Amazon.

The Yawanawa word for water is waka. So in fact, «Curawaka» means «water heals» or «heal the water». As a society, they are always aware of the sacredness of water, that keeping it clean and having clean water for everyone is perhaps one of the most important things it is certainly the main prayer in my life.

The family in Mutum, where I was, being without clean drinking water was just unacceptable and so I started the fundraising campaign «Water Is Life», and invited some friends to join me. Together with WaterNow, Mose and Nixi Music, we raised around 26,000 euros, actually, WaterNow are in the jungle now as we speak, installing clean water systems for the whole village.

Who are your inspirations?

Everybody and everything are inspiring in some way, I just have to get up on my good leg to enjoy that!

People who are authentic, who follow their own heart and their own way, who cultivate themselves and their gifts, and manage to bring beauty to their life and to the world by being simply themselves, authentically. Those with honesty, courage, and honour. Those who choose to be kind, honest, courageous and honourable. People who trust themselves and don’t strike a bargain with their own worth.

I am wildly inspired by so much and so many that no one can be named exclusively. Life inspires me. Spirit inspires me. Positivity and hope, healing and good stories.

The idea of everyone that came before us. Every seed, every wish, every dream. Places that witness history stream past.

People who forgive, people who dare. People who work with their hands, who can craft and cook amazing things. People who plant seeds and take care of the land.

Those moments when life shows us that it's magical.

How can someone get involved with the medicine music movement?

Seek it out! Not only online...

Find the tribe in your area and gather with them. Share songs, stories, and meals, get that connection with the community and see where it leads you.

Maybe go to a ceremony, or a sweat lodge, or some other ritual, and feel how the songs move you in that space and context. Then pick up a rattle or a drum and start to just move some sounds. With no fear, with no intention of sounding good or cool or interesting, just simply explore and play.

Find back to that authentic joy and playfulness we had as children.

That is what is going to make us blossom again.

Curawaka’s latest single, Freedom song is out now and available here, with their album Dreamtime following this summer.