In this series, we give first-hand experiences of different practises and sessions, so those who have never done something can understand what happens during them. For this week our founder Alex Holbrook takes us through her first shamanic healing. 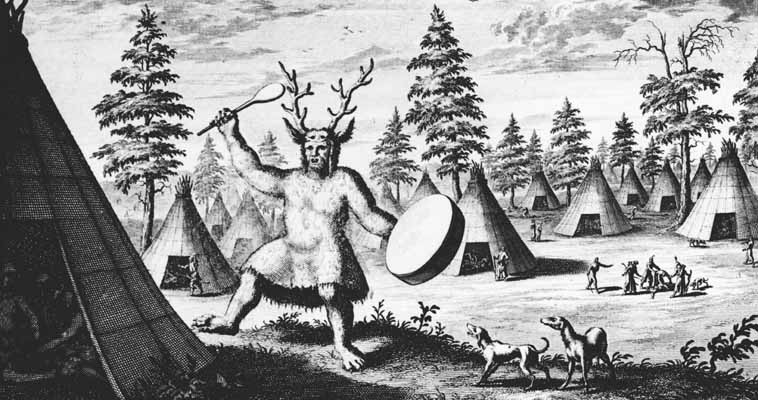 In this series, we give first-hand experiences of different practises and sessions, so those who have never done something can understand what happens during them. For this week our founde takes us through her first shamanic healing.

Eddy Elsey explains, "The Shamanic belief is that all illness is psychosomatic. This means that in every case of dis-ease – the issue stems from an inbalance between the body and the mind. All dis-ease carries an energy with it, and it is this energy that first emerges in the body. This energy can then manifest in countless ways and become what we know as a medical condition. This can be both physical and emotional.

It is the Shamanic belief, and mine, that any issue can be illuminated and healed with Shamanic practices."

We ask Alex to share some insights into her first shamanic healing, which was with Eddy.

How did you come to decide to have shamanic healing?

I had discovered Eddy through the very magical Josie Danielle, who I used to go to for energy healing when she was based in London. Eddy was just starting to make his shamanic work a full-time thing and had a part-time job to make ends meet (as most of us do when we are crossing from one career into another).

My real journey into spiritual healing was kick-started after a few traumatic events (painful breakup ✔️ , moving countries ✔️ leaving a job ✔️); these were the catalyst for me realising that I needed to do a lot of soul searching and discover who I was. Sometimes everything needs to burn down before you can rebuild; this applies to yourself.

I thought I was doing pretty well, I had shifted a LOT, and I had started Otherness (which felt like a massive gift from the universe. In hindsight, I should have just trusted that all that was falling away was to enable me to start on this path, but who realises things like that at the time, right?!).

What did you expect?

When I booked to see Eddy, I was curious what would come up. I had done things like energy work, past life regression, ancestral trauma work and Body Talk, so I was excited to experience shamanic healing to see if he picked up on the same things or could tell me a little more. I was also in a good place mentally, I didn't feel like I needed to be healed, so I came very curiously and calmly.

I did, however, have a slight freak out that he might tip me off balance. We try everyone who wants to collaborate with us to make sure that they are the real deal and are on a path of actual healing to service/ support, rather than for fame and fortune! This means you can be safe in knowing they are the best at what they do, but it means we sometimes have some hair raising experiences!

I had looked Eddy up online and was presented with a young English man, something that felt like the opposite of what we are supposed to expect. I did, however, love that he follows the English traditions mainly, something that really resonated with me as I think often, people expect a shaman to come from the Jungles of South America, not North London.

Eddy was also practising in the basement of a vape shop in Camden, rather than from some sort of wooden hut in the woods (again, this seemed to have been my unrealised expectation. LOL!). As a matter of practice, you are also asked to refrain from alcohol, stimulants and drugs for at least 24 hours before the session.

I went through a spectrum of emotions more powerfully than with anything else I had tried.

To start, I had a consultation with Eddy so he can understand more of what is going on and why you are there to see him. I kept everything pretty vague - mainly as I was feeling good instead of wanting to catch him out. Once this is done, I was asked to give offerings, Eddy calls in the spirits and four corners - you kneel in front of an altar as he starts to create the space for you.

Next, he asked that I lie on a bed, covered in a blanket - Eddy explained that there would be very minimal touching, as this was about Spirit - and the session began.

My role in this was just to receive, to let Eddy hold the space and, well, heal. Eddy started to chant, which put me into quite a deep state. My mind was pretty empty, and I had some light visions, mainly colours. Next, he began to drum, which was when my emotions went from 0 to 60; when he started to play, I was FURIOUS, I had to stop myself from screaming at him. This immense anger rose in me, and with it, I could just see an image of a giant black serpent creature; think of the witch in Sleeping Beauty when she turns into a dragon.

As time went on, my rage started to dissipate; with that, Eddy began to work on my belly, where it felt like he was removing something energetically.

Once this had happened, I felt a huge relief and gratitude; it was a little like the sun coming from the clouds. Eddy began to wind down his playing, and the session started to end.

Once finished, Eddy told me that he had removed blocking energy from me, like a residue of grief and anger. I sort of knew that this was carried from some of the situations that I had mentioned, that I had buried them so deeply they needed to be removed by their roots.

How did you feel after?

When I stepped back onto the street of Camden, I felt pretty dazed. I also really felt like I wanted to be in the middle of nowhere, not around anyone. It took me a few hours before I wanted to speak. To be honest, I wasn't upset; I just felt hugely inward. I did feel lighter and more sure of my inner compass - sort of more trusting of myself, I think; it's hard to describe (even though this is what this journal is about!).

I slept really well that night, but my dreams were quite intense and mainly featured animals, not people.

In the weeks after my session, I continued to feel like I had more trust in myself, more power over my own convictions. I also made a conscious effort to communicate to my ancestors and spirit guides, as I really felt something around me and know this was them. When I feel disconnected, I take some time to reconnect to them, even just a 10-minute walk to take in some nature to ask for guidance or just send some gratitude.

I think shamanic healing is a potent modality, BUT if you have never tried anything spiritual or are just starting out, I would not recommend you begin with this one; it would be like learning to swim and then decide to take on the Chanel after a week.

For me, the session awoke my ancestor communication; even though I had done some healing in this area, I hadn't 'picked up the phone to them.

Shamanic work is a way to reconnect to Spirit on a deeper level; it is incredibly powerful and needs respect. It is not something that should be taken lightly, as it has the power to really shift; you have to be prepared for this and make sure you have the 'tools' to process what comes out.

The best way to introduce yourself to shamanic practices is journeying, which is a deep, guided session. Eddy created a special one for us here, which is the perfect way to initiate yourself to start your path.

Our Ask The Guides series is a weekly dose of support. We put your questions to them, whereby they can offer up their own insights to help you with whatever challenges you are facing.

Crystals
How To Create A Crystal Ritual

Here we share an excerpt from The Crystal Apothecary by Gemma Petherbridge.