Let’s Talk About Sex: How Reframing Our View Of Sexuality Can Unlock Our Truest Self

Otherness sits down with Temple Of The Feminine founder Amy White to get under the skin of sex. What really drives it and how, by reconnecting with our inner self, we can find healthier, more fulfilling, and authentic ways to express ourselves. 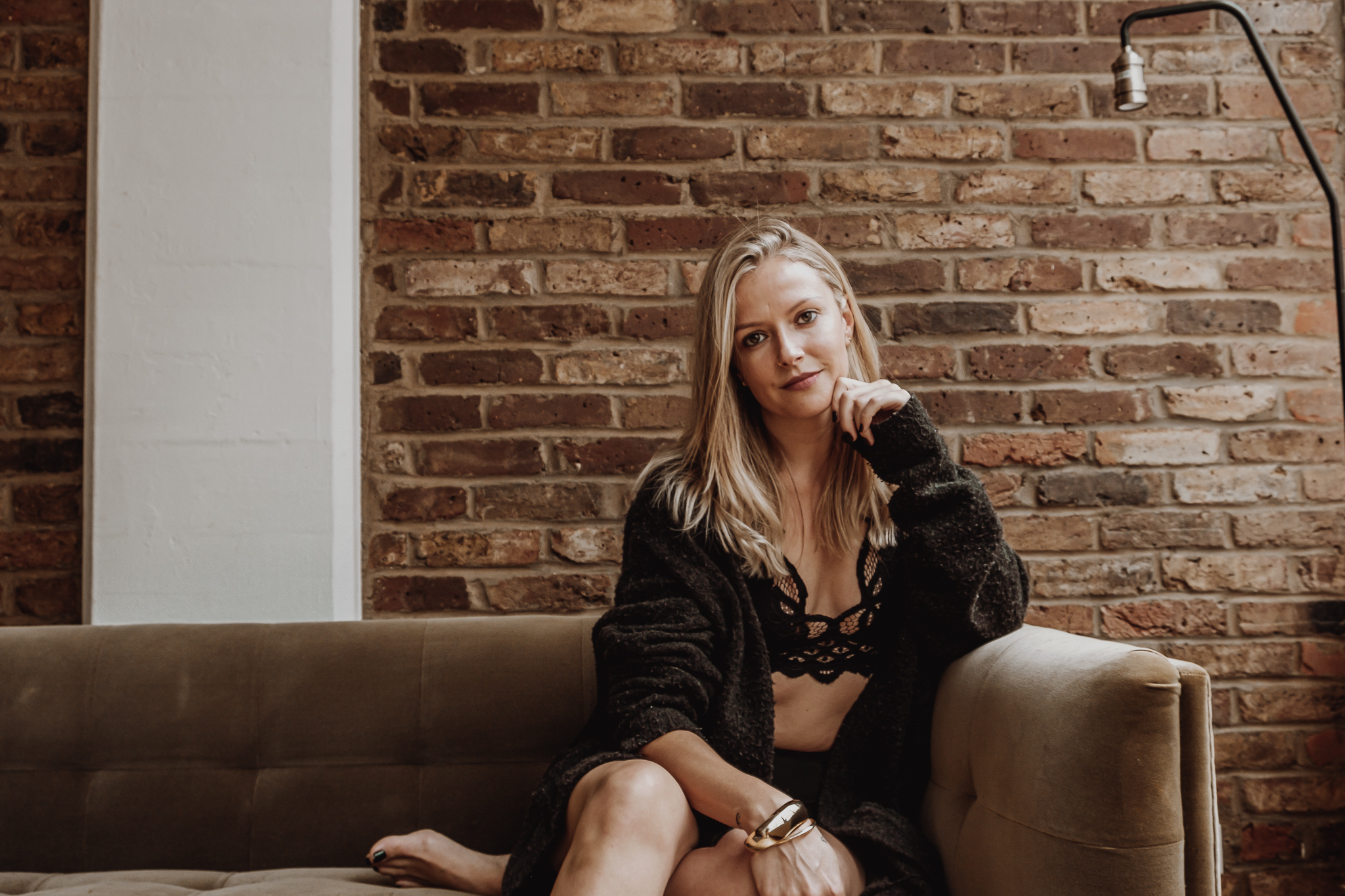 “I don’t know of a single culture in the world that really celebrates sex in a healthy way,” says Amy White, women’s sexual healing coach and founder of Temple Of The Feminine. We’re discussing why we, as a society, seem to carry such shame around our sexuality and being sexual. White tells us that when it comes to sexuality the foundations for a healthy view of this begin in childhood.

She explains that we are not born with shame around sex, it is something that is learnt.

How sex is discussed and responded to when we are younger can have a lasting impact on us as it can “set the first imprint of shame that can set a story for a person” and can even lead to problems in the bedroom later on in life.

A distinct lack of positive sex education in school also plays its part in creating this shame. White references the confusing messages that we receive around sex from our peers and the media, and how these differ depending on whether we identify as a woman, a man or non-binary.

She recounts examples of females such as the Spice Girls and Britney Spears who were highly sexualised by the media and at the same time slut-shamed by them. “If you don’t have a really strong community, really strong caregivers, parents solidifying a sex positive message, it’s nearly impossible for you to come out being like ‘sex is great, I’m liberated and I’m untouched by all of the things around me’,” she says.

In 2016 White’s mother died, which led her to do some deep soul-searching, finding herself booking a trip to the spiritual mecca of India on a journey of self-exploration. She explains that her grief had led to her pondering the meaning of life and felt a deep calling to do meditation teacher training.

Whilst in India she also undertook a sound healing course, as well as enrolling as a trainee yoga teacher. Unbeknownst to her, it was kundalini tantra yoga that she had signed up to.

“We talk about the divine web of life,” she quips. “That nothing is by accident, nothing is a mistake.There was something so synchronistic about that moment and it was like ‘this is why I came here’.”

During the course, White experienced an awakening of kundalini energy - the energy that is located at the base of our spine and is associated with the divine feminine - “and everything started to make sense”. But she realised she was still falling into old habits and patterns when it came to self-pleasure, something that she now coaches women in. Wanting to undo these patterns, she took a vow of celibacy that ended up lasting for 12 months, and this profoundly changed how she “related to my body and my sexuality”.  She went on to study with the International School of Temple Arts, running tantric temples and unpacking why sexuality - an intrinsic part of us that should be viewed as sacred - is shrouded in so much taboo and shame. White’s training developedinto psycho-sexual-somatic and trauma therapy, eventually leading her to become a coach for women.

“In my work I coach women on unpicking what’s holding them back [when it comes to sex and sexuality] and meeting these parts and connecting back to the body,” she tells us. If we want to connect to more of this sexual energy within ourselves, then we must embrace all threads of energy to fully face our feelings and avoid repressing emotions. “We don’t get to choose what thread of energy we feel,” notes White. “We have to say ‘yes’ to feeling all [types of energy]. Yes to sexual energy. Yes to feeling pleasure. Yes to feeling grief. The minute we say ‘oh I don’t want to feel the grief’, we put a lid on it and push it down along with our aliveness”.

The “aliveness” that White refers to is the life force energy that we are born into this world with. This aliveness then becomes a sexual charge, she says. And when we feel that charge, rather than immediately acting on it - by having sex or an orgasm - we can instead hold that charge within ourselves to simply feel more alive. This can enhance our relationship with our self and the world around us.

Glancing over to the window in front of her, White observes the pink sky over the Margate coastline; the same pink sky that can be seen out of our own window as the autumn sun sets on the horizon. “If I was out there I could just stand there and breathe in that beauty so much that it expands me to feel alive and open and sexually charged,” she enthuses.

"But it doesn’t mean I need to go and have sex with someone or have an orgasm. It helps us to understand that we are sexual beings. As long as we are alive we are sexual.”

As a women’s sexual healing coach, one of the practices that White offers are Sex Magic Rituals. The guided group rituals,that take place in the comfort of your own home via Zoom, aim to empower and embolden women to harness this sexual energy and use it as a tool for manifestation. The theory behind these rituals is rooted in the belief thatsexual energy is much more than arousal and a desire to engage in sex. As White reinforces, this sexual energy is our life force energy - and this energy guides us to give birth to ideas.

Drawing up, cultivating and moving sexual energy is really quite simple, she explains. As with other healing practices such as Reiki, you can move the energy to where you want it to go with your hands. “You just use your hands to wave it into the place you want it to go -wipe it, draw it. It’s very intuitive. It’s not as complex or esoteric as people think. We really can move and shift our energy quite simply.”

In her 1:1 coaching sessions, White has enabled women to “connect into their own body and their own pleasure and come back home to themselves”. She also helps women to find their inner feminine archetypes, such as the healer, priestess, sacred prostitute, the queen; and the one that strikes a chord most with this writer - that of the wild woman. White describes her as a raw, primal woman connected to birth, death, our menstrual cycle and the seasons.

“I had a real relationship with the wild woman back in 2018. I was connecting more to my blood, my menstrual cycle. I was performing blood rituals, anointing my head, and using it to paint and draw on my body. Using it with a lover, adorning him with it. The wild woman is connecting back to Mother Earth and nature. It’s been about finding my voice as well which has been a huge part of my journey. What would just happen if you just let your inhibitions go, throw your head back and make whatever sound comes out and let your body move in whatever way it wants to? For me, the wild woman is getting out of the cage.”

In order for us as a society to heal our relationship with the feminine within us all - yes, men can embody the feminine too - we as individuals need to unpack our own shame, our own judgements and views. Think of it as doing sexual shadow work. “There’s a lot of trauma that comes from being a sexual being, or just being a being in a sexually suppressed world,” White states. “Get clear about what it is that you want from your relationship to sexuality and what it is that’s blocking you. Start to connect to your sexual energy, your sexuality, every day.” How can we do this? “Connecting to the sunset or a moment of pleasure. Running your hands over your body. Anything from that to a full blown self-pleasure practice. Let yourself enjoy it. Notice what comes up. Notice who it belongs to.”

By reframing our preconditioned attitudes towards sexuality, White’s view is that we can heal and look at it, and ourselves, through a different lens; seeing it as a powerful tool both in and out of the bedroom. No longer fearing it, we will have the capacity to embrace how others express their sexuality without judgement. “Celebrate them!” White exclaims.

“We can undo shame by creating safe spaces where we can talk about sex and let the shame die. Ultimately, shame keeps us from pleasure, and everybody wants more pleasure.”