Kiranjot introduces Kundalini and her special affinity to the practice. 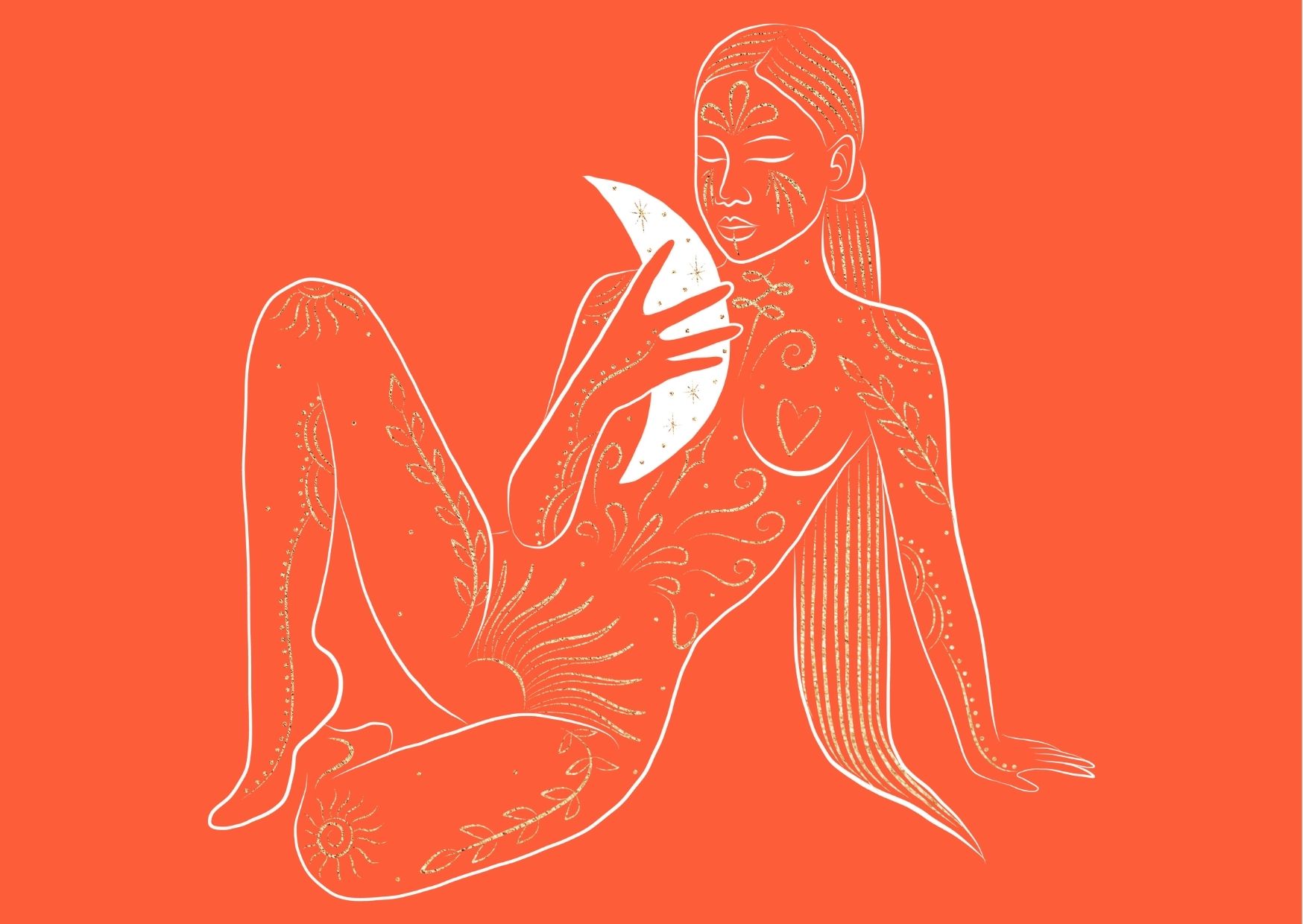 Kundalini first appeared in the ancient Hindu scripts, which are medieval Indian tantras, and predominated as the most important goddess. These texts were encoded with sacred magical practices that drew a path for higher consciousness.

There is a great deal of suspicion and fear around Kundalini, my Indian spiritual mother describes her as “a mysterious goddess who does not like to be talked about.” The Kundalini energy is also known as Shakti Prana and is undoubtedly very powerful; a quick google will pull up all sorts of fantastical and scary articles of people going mad from their Kundalini risings.

Kundal literally means coiled and Kunda translates as cave or hole. Kundalini is an immense creative energy that exists within us all, it is said to reside coiled up at the base of our spine. To fully activate it, you must have a full 360 degree experience of life, to understand and feel connected to everyone and everything; it is likened to the touch of genius.

Some may find the idea of having a goddess sitting at the base of our spines, waiting to be awoken to merged with her lover Shiva, as a little disturbing! So I refer to this beautiful picture by Dan Hillier, to illustrate that this is not something to fear, and to represent my story of using the practice to heal and feel whole again.

“We do not suffer from a lack of human potential, only a lack of unlocking it” Hank Green, 2022

Kundalini Yoga was first brought to the West in the sixties by Yogi Bhajan. Taught to the Woodstock generation in the west coast of the USA, these were mostly young, freedom loving hippies who were trained to conserve their sexual energy and use their Kundalini energy to get high instead of drugs.

Known for its very stimulating breathwork and strong repetitive movements, it has widespread popularity amongst recovering addicts, Russell Brand even referred to it as ‘the crack cocaine of yoga’! I must admit, I have to agree! After many years of yoga, there is no buzz like the buzz you get from a great Kundalini Class.

Yet, we can all access our kundalini energy through spiritual practises. Some gurus claim they can activate it within you and others find plant medicine can give similar transcendental experiences. What can be lesser known is that a big trauma or intense life experience can also be a catalyst, in my own family someone had a kundalini experience when a relationship ended, yet sometimes, like a lightning strike, it is simply given because that is your destiny.

Kundalini is traditionally imagined as a coiled sleeping snake and when awoken this energy shoots up, feeling like a firework going up your spine and exploding in your head. It is said to rise from the root through each chakra, notably if this experience can’t fully integrate, the energy can become stuck and irritate the nervous system. In fact, read any traditional book of yoga and it will talk of the importance of in-depth cleansing preparations; from Hatha Yoga to pranayama, mantra and diet. The food you eat or don’t eat is just as important as the yoga you practise. All of these preparations are there to help strengthen the nervous system so the body can handle the extra charge of energy that a Kundalini practice can create.

This takes a lot of dedication and admittedly is rather time consuming, which is why so many people opt to use plant medicine to awaken themselves into similar transcendental states. The whole point of Kundalini Yoga, however, is to get high on your own supply of energy, without actually using an external crutch. By gently activating your own energy, without the big bells and whistles of a full blown rise, is to live each day feeling switched on, happy, calm, connected, and able to realise our full potential this lifetime.

When I first came across Kundalini yoga, I felt so broken. I realised in the midst of that first fated class one sunny evening, that this was the practice that was going to heal me. Nearly 20 years on, this practice still continues to support me in life, again and again. Some people may find the practice extremely cathartic, perhaps triggering, but if you’re ready to drop your emotional baggage I highly recommend it.

But Kundalini is a vastly diverse practice which also has many gentle, soothing and quietly meditative practices, as well as many strong stimulating ones. As the world and times change so rapidly around us, I notice as a teacher that most people need grounding embodied practices. The moves are simple yet multi layered, often repetitive and when incorporated with breath and mantra, and sometimes mudras, can take the practitioner into a blissful transcendental state which can facilitate great insight and healing.

Kundalini is not a traditional asana based practice, but we still use movements and the body. Simple yet multi-layered, the movements are often repetitive and when incorporated with breath and mantra and sometimes mudras, the practice naturally becomes very meditative. When a class is well led, the practice can take the physical into the spiritual dimension and those that participate into beautiful healing transcendental states.

My best tip for a beginner? Arrive at a class with an open mind and childlike curiosity, to really feel where it takes you. As teachers we are trained to wear white whilst we teach; it is believed to strengthen our aura and many cover our hair to protect ourselves, but not everyone does. If you go to a class as a student you don’t need to wear white or cover your hair, but know that we usually practice in comfy cotton clothes rather than tight lycra, which a lot of people appreciate.

To conclude, I would like to leave you with an question to ponder on: If you were more aware of this fantastic goddess Kundalini within you, how would you better honour her?

"This life is not for wasting. It is for reaching the wonderlands of your own consciousness.” Yogi Bhajan

Kiranjot has been practicing Kundalini Yoga for 20 years and teaching for 15, based in London, she teaches fast fun Kundalini classes online, Monday - Friday 6.45 - 7.30am.

She runs regular retreats for women to explore their relationship to their spiritual power in Ibiza, the next related to the written piece Kundalini as the Goddess - discover it here.

Whether a guest who has written, a book except or a piece we have been granted the permission to use - these writers and sources are our guests.