Pikes Ibiza welcomes the heady mix of spirituality and rave home this Summer. 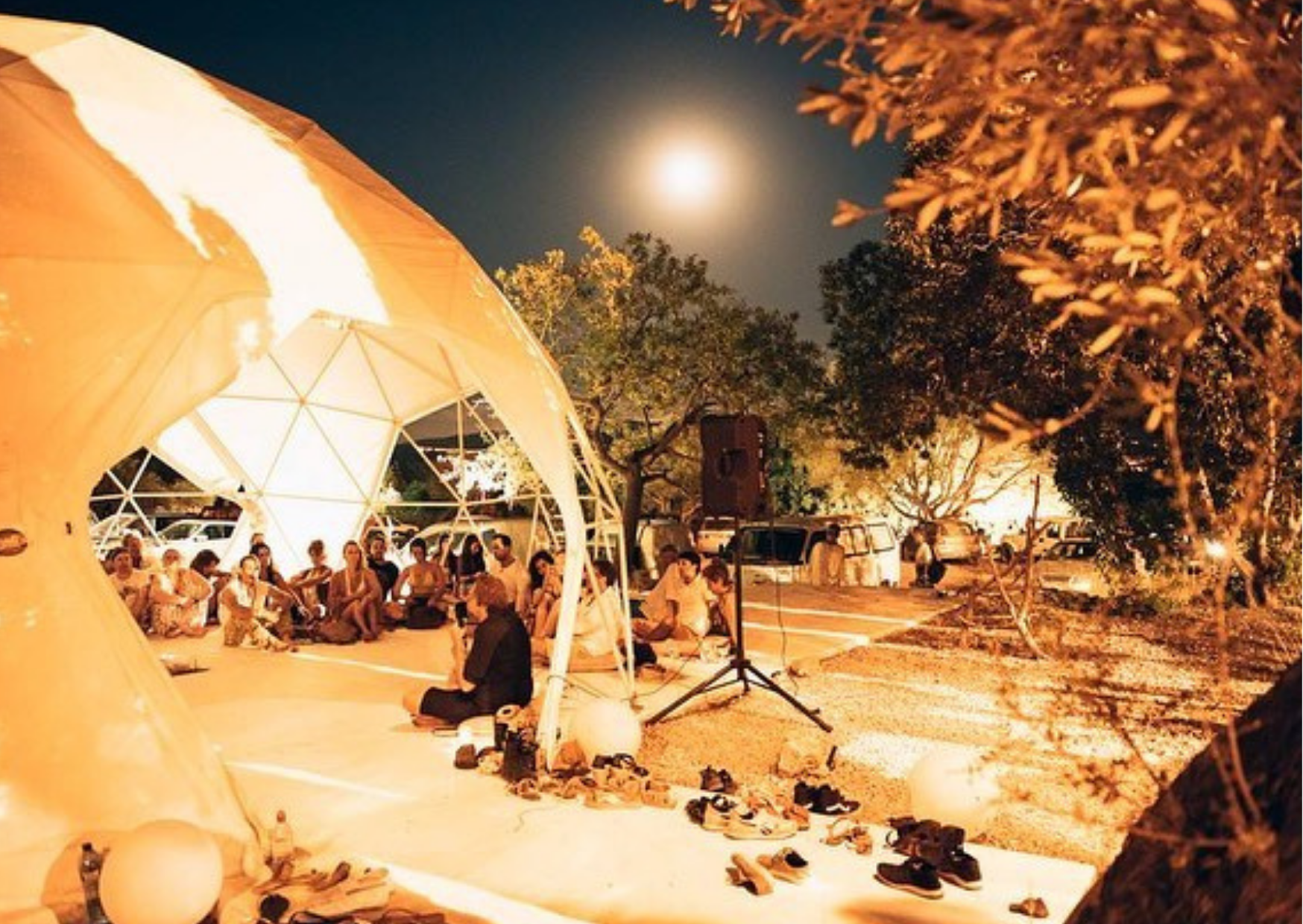 After travelling for 10 years throughout Asia, Central America and Iceland, Kim Booth started Cosmic Pineapple in 2015 as a way of getting people to connect to both the creative and the cosmic; “I was inspired by my journey into healing and the esoteric, and wanting to share what I had been learning” she explains.

When asked where the name originated from Kim describes sleeping above a cenote in Mexico in 2012 (which happened exactly on the day the Mayan Calendar ended) “I kept seeing pineapples everywhere, thinking how happy and ‘cosmic’ they looked! Somehow the words cosmic and pineapple came together and I registered the domain just after the retreat, not really knowing what it would be, but also knowing the ‘secret’ meaning of the relation between the pineapple and the pineal gland - the tiny gland at the centre of our brains, which when open, is said to lead to mystical experiences."

What started as a website to ‘just share good vibes’ became deeper as Kim developed her training in yogic and shamanic studies (which had started in 2012). Yet alongside this, she was working full time in the world of dance music, as a PR for the likes of Carl Craig and Space in Ibiza. “Because I was self-employed, and the magic of the internet, I could work anywhere, so I was able to travel and learn, and work at the same time”, as time went on she found herself based in Ibiza during the summers.

During these summers Kim focused on teaching yoga, sharing crystal sound ceremonies and working on Cosmic Pineapple, which had evolved into events in 2016.

“When we started it was an interesting journey to get the balance as it was a new concept for many people. My intention was always to help people be more connected and to raise energy by people sharing together what they know, to help better connection to themselves, each other and planet earth”  Kim reflects.

Yet in 2018 her world was turned upside down by a family trauma, “I got PTSD and could not even listen to dance music on a regular basis anymore; my nervous system was so unsettled I could only listen to healing music and mantras.”  This deep shock resulted in Kim dedicating her time to things that were more soul-nourishing. “I’m an Aquarian, so I love variety. I host cosmic corners at festivals like Camp Bestival, Houghton and Wilderness, teach yoga and hold crystal sound healing meditations. I love to connect and share the work of creative people doing good for mamma earth, which I do via the work of Vision Futura, a promotion channel for creatives in service. Oh, and I also create cosmic boat trips to the mythical rock, Es Vedra in Ibiza!”

The events are now in their seventh year in Ibiza and are held at the legendary venue, Pikes Hotel - where Grace Jones, Queen and where Wham shot the video to Club Tropicana. “Pikes is like this magical, wild, creative playground and the perfect ‘canvas’ to paint an event on” Kim enthuses “they allow me total creative freedom to create these events and I love this. The history of this place is crazy and it’s a place where worlds can meet and weave. I feel we are collectively on this bridge moment on earth to a new reality, and cosmic is a bridge.”

Each of the Cosmic Pineapple events is for charity and has raised over 30,000 GBP since they started. Each is seen as a mini-festival, where things like yoga and other esoteric teachings, drumming workshops, singing circles, shamanic wisdom, nutrition talks and much more take place in the Cosmic Activation Dome.

To go alongside these sessions, there is a market of independent creative sellers of cosmic and creative clothes, art, lotions and potions as well as a healing area, music around the pool, and the Space Rave, where “everyone dances and lets loose until 4am”.

“In numerology, the number seven is that of spirituality and awakening, so we start this year with a strong intention” Kim smiles. “We want to lift the veil between human and spiritual life, as they exist side by side. I spent time with a Hopi elder in the Amazon and was told of the rainbow prophecy, where all colours and tribes will come together to heal humanity and mother earth. So Cosmic Pineapple is my offering to this.”

The first event takes place on the 17th of May and runs once a month until October.

We share our favourite follows for herbal inspiration and education

Here we share an interview with the founder of Synchronicity Earth and co-creator of Flourishing Diversity Jessica Sweidan.